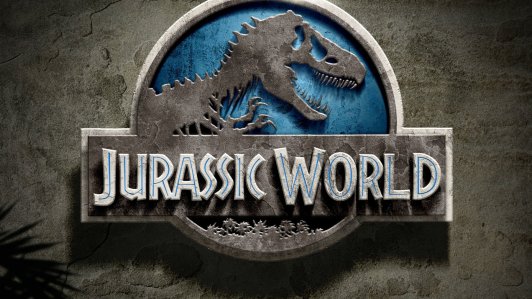 It’s been a long time coming for this sequel and although it might not have been highly anticipated from the lack of success from its two predecessors, Jurassic World honestly lives up to the hype.

Set in the not too distant future, where John Hammond’s dream of a dinosaur themed park is an amazing and clearly expensive reality; Jurassic World is a wonder to behold. Although the magnitude of the park was hinted at in the original film, this film has managed to realistic display what this park would be like. From the petting zoo with the baby triceratops’ and the Sea World type attraction with the mosasaur as well is the holographic interactive information boards, everything about this park is believable which for me, adds to the credibility of the film.

Overall, the movie is a run of the mill we-should-not-be-messing-with-nature-and-playing-God type scenario but even so, there are various elements that give it a little more edge. With the inclusion of the ever unpredictable velociraptors that can now seemingly be tamed as well as various species of dinosaur that were previously overlooked, Jurassic World sets you up for a thrill of a ride.

Not surprisingly, the majority of the thrills come from the resident hunk of the film, Chris i-am-now-going-to-be-in-every-film-for-the-next-few-years Pratt. He plays Owen, the bad ass Raptor Whisperer – yes, I’m serious – who has some kind of deep connection with the Raptors. Of course, he is the only one who anticipates that a genetically modified and enhanced species of dinosaur is going to be a bad idea. When this dino hybrid eventually escapes and wreaks havoc on the park and its guests, it’s up to the ever resourceful (Pratt) and the conveniently naïve Claire (Dallas Howard) to save the guests that include her young nephews!

Where the film really packs a punch is with the abilities of the hybrid dinosaur as well as the synchronisation and use of the velociraptors. I’m not sure about you, but there is something too cool about those chicken like monsters that make each of the Jurassic films. They’re smart and deadly and always make you think they can see right through you. The confrontations they have along with the hybrid dinosaur and the other animals provides some jump in your seat moments. Not because its scary or particularly gory but just because it’s exciting to watch such colossal beasts duke it out for the champions title!

Jurassic World is funny, exciting and although not much of an original plot, is held together with great effects and a small piece of nostalgia. Fans of the original film will be touched by references to the previous film and notice the homage that is paid to the late and great Sir Richard Attenborough. Even if you are not a fan of the original or just straight up haven’t seen it, Jurassic World provides laughs and adventure in the right places. Sure, the children in this acting are as dull as dishwater and they are still using the brontosauruses to pull your little heartstrings but all in all, it is a lot of fun.

Not too long, not too short and good balance between action and story, Jurassic World did not disappoint.

One thought on “JURASSIC WORLD – REVIEW”

Let me know what you think! Cancel reply